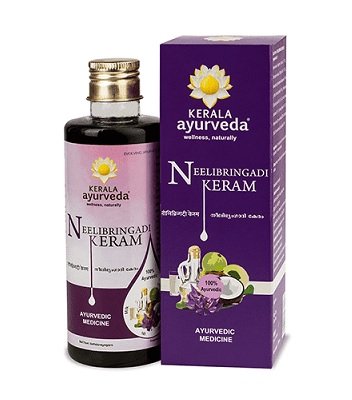 Notify Me When Stock Is Available

Neelibringadi Keram ( Coconut ) 200ml
Neelibringadi Keram is one of the most famous Ayurvedic preparations that is renowned for its usefulness and efficacy in hair care. This Ayurvedic formulation in various forms has been used by generations of men and women Nilibhringadi Thailam is known to contain potent ingredients

It balances the Kapha and Vata Doshas

It is also known as the balloon vine or Winter Cherry

It has the ability to balance all the three Doshas. Amalaki can be taken in different forms in order to balance different Doshas.

It is rich in Vitamin C and used in traditional medicine as an antioxidant, immunomodulator, anti-inflammatory, astringent, anti-ageing and rejuvenative
Anjana (Berberis aristata)

It is the Tree turmeric