VIC Customers - Pick up is now available at check out!

This is a gum from a variety of giant fennel, which naturally has a strong pungent smell

Asafoetida is an oleo-gum-resin that is extracted from ferula plants
This is a gum from a variety of giant fennel, which naturally has a strong pungent smell  Yet it is considered the most blessed of flavourings amongst Jain and Brahmin Indians, who eat neither garlic nor onions, for it adds a very similar savouriness.
Asafoetida is also a Godsend to the many millions of others who won’t eat or can’t properly digest raw or under cooked onion or who don’t like garlic, either to eat or subsequently smell on their breath.
Choose the best
Light  brown powder it is in its the full-strength being dried and powdered. it is highly odorous and must be used in very, very small amounts.
Store it
Once a container of asafoetida has been opened it’s best to close it as soon as possible. Then, keep it hermetically sealed in an airtight plastic container, or double wrapped – at least. If the aroma escapes you will awake to find a house reeking of yesterday’s garlic.
Asafoetida’s degree of pungency is directly proportionate to its freshness, as its volatile oil escapes easily and the essence then fades. Take great note of the storage advice and replace it often if you use it regularly.

Cook it
Generally, the yellow, diluted asafoetida powder is used in about the proportion of a pinch or two to 250g of the main ingredient. The real thing is used in smaller amounts. You will quickly discover if you like more or less and there is no harm done if you use too much; longer cooking mellows it. But do use enough to allow it to be recognised and to contribute subtly to the cooked dish.
Asafoetida works best when first fried for five to ten seconds in hot oil until its pungency is dramatically obvious- make sure you have the extractor on or the window open. Then quickly add other ingredients to stop it burning.
Even such small amounts of asafoetida give a comforting onion-garlic flavour, which is specially good in vegetarian dishes of all kinds as well as in meat curries and stews – almost anywhere you would use onion and/or garlic but don’t wish to do so.
Tiny amounts give a gentle lift to fish, egg or cheese dishes where onion would be too coarse or bulky; yes even in a Welsh Rarebit. It’s ideal for use when you are not certain if others like onions and garlic or when you do not want subsequently to have garlic breath or the wind problems that onion might generate. That includes in salads and salad dressings, too.
In fact, asafoetida is also a great natural defeater of intestinal wind, and that alone recommends it for inclusion in any and everything that includes lentils or beans. 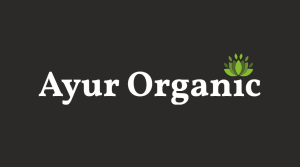